skip to main | skip to sidebar

Show the public where the Big Wood River ran before the Magic Reservoir dam was put in, and put in details on when and how the dam was built. Read more

Why has the BLM posted signs on the entry to the BLM Road out of King Hill making it illegal to park on the road or road shoulder? What is the… Read more

I was taught in school that the Spanish introduced horses to the Americas. But while the Spanish did bring them, plenty of horses were here be… Read more
How many escalators are there in the Magic Valley and in Idaho and where are they?
At this time, according to Department of Building Safety records, there are no escalators in the Magic Valley. Forty-four escalators are active in the , the majority at Boise Towne Square Mall and the Boise Airport said Gary Barnes, Elevator Program Supervisor for the Division of Building Safety.
At the mall there are four sets in the common area and most of the anchor stores have multiple sets. Dillard’s has six escalators in one store. There are three sets of escalators at the airport.
In Wyoming there are actually only two escalators, and both are in banks in Casper.
Escalators have the capacity to efficiently transport large numbers of pedestrians or goods between floors, and they can be installed in the same physical space as a staircase. Benefits also include: no waiting interval (except during very heavy traffic), used to guide people toward main exits or special exhibits, and they can be weatherproofed for outdoor use. A nonfunctioning escalator can still function as a normal staircase. Other conveyances such as elevators become useless when they break down.
Elevators, however, are in abundance. There are roughly 320 elevators in the Magic Valley and Sun Valley. Elevators are often a legal requirement in new multistory buildings because of wheelchair access laws, especially where  would be impractical.
According to the National Elevator Industry, Inc. there are approximately 900,000 elevators and almost 35,000 escalators in the U.S. alone.
“Idaho Division of Building Safety requires permits for elevators and escalators for our state. The city of Twin Falls would require a building permit if one were to be installed in our jurisdiction. We would need to look at exiting, path of egress travel, and other similar life safety requirements, inclusive with the state requirement for the mechanical portion of the escalator,” said Dwaine Thomson, city of Twin Falls Building Official.
Have a question? Just ask and we’ll find an answer for you.  your question to Kimberly Williams Brackett at timesnewscuriousmind@gmail.com with “Curious Mind” in the subject line.
Posted by JBanholzer at 7:01 PM No comments:

Wildmen of the Big Wood River

Living in Lava: Shoshone house is a piece of history 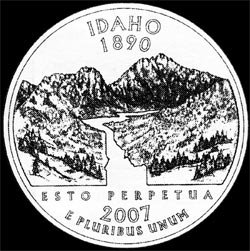 Other unknown and underreported news links 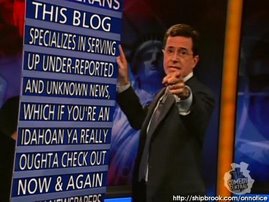